Innovation: the Shock of the New!

Tickets will be on sale at the National Centre for Early Music, St Margaret’s Church, Walmgate, York YO1 9TL from early March.  Enquiries can be made direct to boxoffice@ncem.co.uk

Shakespeare’s Rose Theatre returns to York this summer from 25th June to 1st September.  There will be lots of unique performances and plays and will include Hamlet, Henry V, The Tempest and Twelfth Night.   https://www.visityork.org/whats-on/shakespeares-rose-theatre-p827051 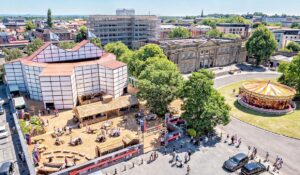